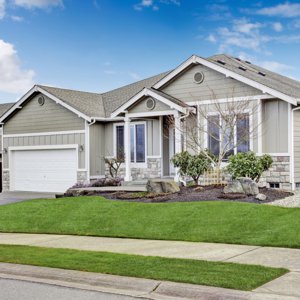 Wildomar is a city in Riverside County, California, United States. It was incorporated on July 1, 2008.The city is located in a fast-growing area. As of the 2010 census, the population of Wildomar was 32,176, an increase from 14,064 at the 2000 census, when the community was still an unincorporated census-designated place.

By the start of the 20th century, Wildomar even had its own newspaper, The Transcript. The railroad, however, continued to be plagued by washouts and within a few years, the rail connection south from Temecula to San Diego were abandoned. With fewer trains, Wildomar’s development slowed. Then, in 1935, rail service to Wildomar was abandoned and the rails were pulled up back to Pinacate. Wildomar was almost a forgotten community. Then, in 1985, the Temecula Valley Freeway (I-15) was completed, bringing with it a new wave of interest in the area. Once again, Wildomar had begun to grow and experience new prosperity.

The citizens of Wildomar and Sedco Hills voted on February 5, 2008, to incorporate. Wildomar became the 25th city in Riverside County on July 1, 2008.

Located in the city of Wildomar, at the SWC of Clinton Keith Road and Elizabeth Lane. A community of new and old mature homes, nestled between the cities of Murrieta and...

The property consists of 168.87 acres of prime Rural Residential zoned land in Wildomar, Riverside County, California. The site is located adjacent to residential and com...

12 acres of flat land for development. Spacious custom home sites for 25 homes to be built . Off Interstate 15 just outside the park area of Lake Elsinore. You can find...

The subject property is currently operating as an open RV and trailer storage facility with 115 spaces/units (95 are currently rented). The facility is fenced & a padloc...

This is truly a "Jewel" of Wildomar! Resort Style, Completely remodeled 6 months ago, and located on top a hill. With Spectacular views of City lights & Sunsets from a St...